Four Key Blockchain Platforms: Their Use Cases in Financial Services

Blockchain, for the most part, no longer needs an introduction. So, I’ll be focusing on some of the most prominent blockchain platforms and how they apply to different scenarios. 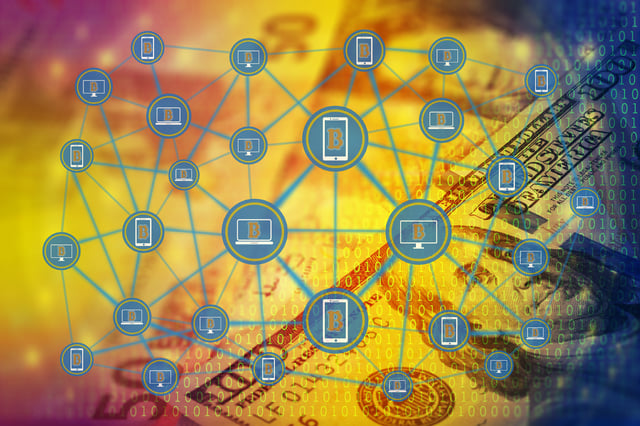 Before moving on to the comparison, I’d like to explain some key terminology:

Ripple has positioned itself as a SWIFT 2.0 RTGS system. Its native currency XRP is positioned as a bridge currency among asset pairs on the Ripple protocol, in order to save money for financial services institutions. Transactions are confirmed every few seconds through a consensus among validators i.e. the Ripple Consensus Ledger. Validators are not rewarded for their part in achieving a consensus. Since Ripple does not use POW or PoS, it can achieve a much shorter timeframe for each round of confirmation in the ledger.

Ripple is naturally suited for cross-border payments. Other use cases make use of Ripple wallet balances to pay in bitcoin and trading bullion against fiat for profit.

As of now, Ethereum uses a POW system for validation. However, it may rely on PoS at some point in the future. This method of validation requires holders of Ether to prove how much they hold, provided they meet the Ether quota set by the Ethereum Foundation. Using a method of what’s known as weak subjectivity consensus, the nodes validate the network and are paid out a percentage of newly created Ether in return for holding the currency.

Potential use cases range from Decentralised Autonomous Organisations (DAO), to Crowd prediction markets such as Augur. Given the flexibility of implementing smart contracts, most use cases suited to smart contracts are feasible.

Current implementation uses the Bitcoin UTXO transaction model. It ensures that unspent transactions remain uncompromised while travelling to their destination, through a system of private and public keys. This system ensures that Hyperledger does not have any instances of double spending by controlling outputs. No native currency exists. Also Chaincode (smart contracts) functionality increases the flexibility of the platform in terms of implementation.

Syndicated loans and capital markets infrastructure are among the top use cases for this technology.

R3 implementation is somewhat different as it achieves consensus at the level of individual deals between firms, not at the level of the system. Transactions are validated by the parties to transaction, rather than a pool of unrelated validators. There is also no native cryptocurrency.

R3 is implemented in two parts:

To sum up, it is unfair to simply state that one platform is superior to others, as they are all geared towards different objectives. In fact, some are inherently more suited to certain use cases depending on their capabilities and architecture.

Kunal is an Agile Business Analyst at Mastek specialising in Digital technology areas such as FinTech and AI to understand their business impact. His work includes analysing opportunities and identifying use cases aimed at delivering effective solutions.